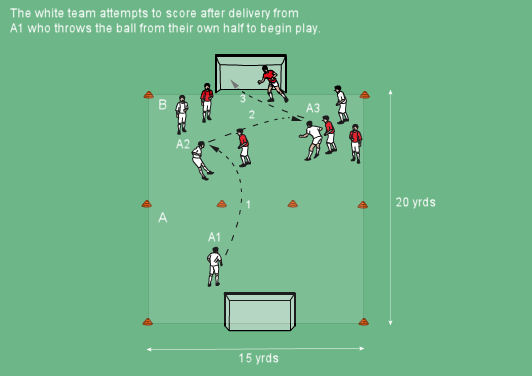 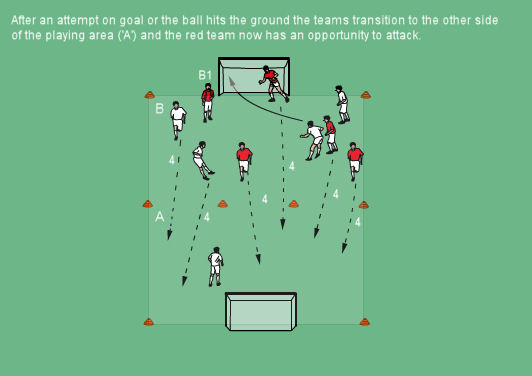 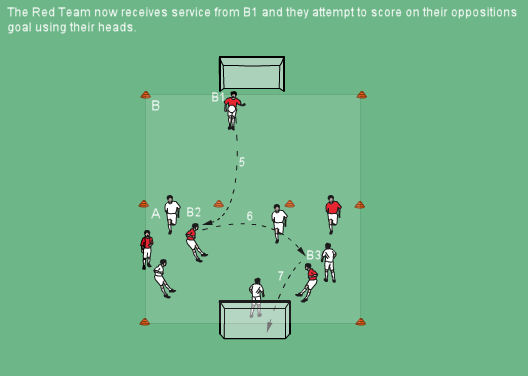 Diagram 3. Once Turned Over 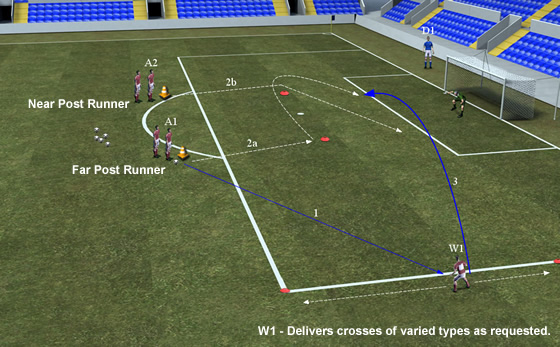 Developing attacking heading technique in an exercise taking place in and around the 18 yrd area. Develop runs to attack crosses and crossing and finishing. Building from unopposed scenarios to passively...

Heading exercise that can be used to develop heading technique in the format of a small sided game. ...